Bill Cosby flashed a peace sign to news crews on Wednesday as he arrived home after being released from prison in Pennsylvania, hours after the state’s Supreme Court overturned his sexual assault conviction because a former prosecutor promised him that he wouldn’t be charged in 2005 and lulled him into incriminating himself – a decision that has ‘shocked and disgusted’ the disgraced comedian’s accusers.

Cosby was jailed in 2018 for sexually assaulting Andrea Constand in 2004.  She had gone to the police in 2005 but the then Montgomery County DA Bruce Castor – who went on to become one of Trump’s impeachment lawyers – said publicly he was not going to pursue charges. Constand sued Cosby and in a civil deposition, he admitted using Quaaludes on women to get them to have sex with him. Over the next ten years, multiple women made claims against him publicly and with the police.

In 2015, a new Montgomery County DA charged him, using the remarks he made in the 2005 deposition as part of the evidence against him. Cosby was convicted in 2018 and he appealed it, claiming he didn’t get a chance at a fair trial because the judge allowed five women to testify as ‘bad act’ witnesses even though they had nothing to do with the case.

Their allegations weren’t being prosecuted, but they all told stories of how he’d allegedly assaulted them in the 80s. Cosby claimed that it led the jury to find him guilty of assaulting Constand unfairly, and that if the jury hadn’t heard from the other women, they wouldn’t have convicted on the evidence alone.

In their decision, Pennsylvania’s Supreme Court did not rule on whether or not the five other women’s testimony was fair. Instead, they focused only on the 2005 announcement by Castor – which Cosby considered an informal ‘deal’ or ‘agreement’ – and found that Cosby was robbed of his fifth amendment right not to incriminate himself when he was deposed, because Castor had taken it away from him. In his decision, Justice David Wecht said that the only remedy was to free Cosby and to stop him from ever being prosecuted again.

‘He must be discharged, and any future prosecution on these particular charges must be barred,’ Wecht wrote.

Three other justices agreed and three dissented, tipping the scales in Cosby’s favor by one vote. 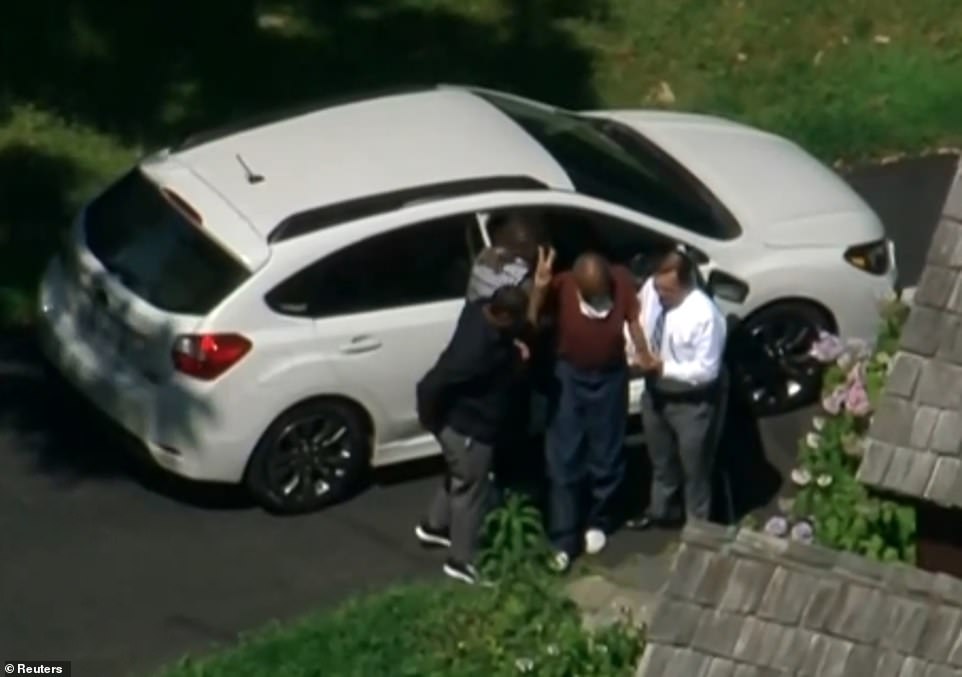 Bill Cosby, 83, flashes a peace sign at news crews as he arrives home on Wednesday after having his sexual assault conviction overturned by Pennsylvania’s Supreme Court in a shock decision, two years into his 10 year sentence 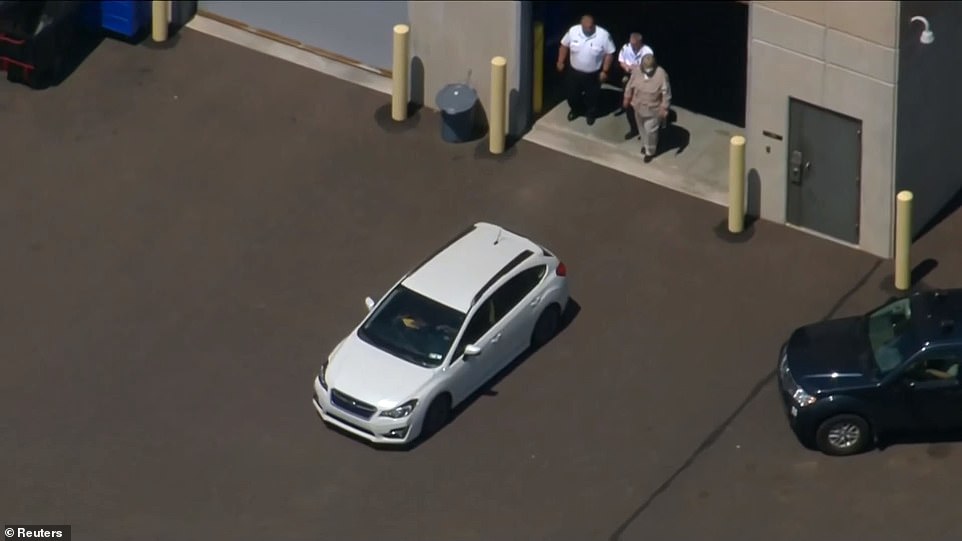 Bill Cosby, in this white vehicle, is released from SCI Phoenix in Pennsylvania on Wednesday. The Supreme Court filed a 79-page ruling granting his release and banning him from future prosecution

Over the next ten years, multiple women come forward in the press and civil lawsuits to accuse him but it wasn’t until 2015 that he was charged.

He was charged two weeks before the statute of limitations would have rendered Constand’s claims expired.

All of the other claims are too old to be prosecuted.

In 2018, he was convicted of sexual assault and sentenced to between three and ten years behind bars.

Constand testified at his trial along with five others who spoke about their own allegations against him.

When Cosby, 83, was sentenced for his crimes against Constand, the other accusers seized it as their own justice too.

The disgraced comedian always fought his conviction, despite admitting in a deposition that he used Quaaludes on women, without their knowledge, with the hope of later having sex with them.

He was sentenced to between three and ten years but he vowed to serve the full ten because anything less would have required him to express remorse.

Now, lawyers from other trials may seize on the Cosby decision to undo their client’s convictions.

One recent notable case where prosecutors used other witnesses to describe a pattern of behavior rather than testify about a specific crime was that of Harvey Weinstein.

He fought to exclude other women’s testimony from his trial.

Another is the actor Cuba Gooding Jr., who was charged for a handful of crimes after women allegedly involved in multiple other incidents testified to prosecutors.

The law allows the testimony only in limited cases, including to show a crime pattern so specific it serves to identify the perpetrator.

In Cosby’s case, one of his appellate lawyers said prosecutors put on vague evidence about the uncharged conduct, including Cosby´s own recollections in his deposition about giving women alcohol or Quaaludes before sexual encounters.

‘The presumption of innocence just didn´t exist for him,’ Jennifer Bonjean, the lawyer, argued to the court in December.

Prosecutors said Cosby repeatedly used his fame and ‘family man’ persona to manipulate young women, holding himself out as a mentor before betraying them.

Cosby, a groundbreaking Black actor who grew up in public housing in Philadelphia, made a fortune estimated at $400 million during his 50 years in the entertainment industry.

He fell from favor in his later years as he lectured the Black community about family values, but was attempting a comeback when he was arrested.

‘There was a built-in level of trust because of his status in the entertainment industry and because he held himself out as a public moralist,’ Assistant District Attorney Adrienne Jappe, of suburban Montgomery County, argued to the justices.

Cosby had invited Constand to an estate he owns in Pennsylvania the night she said he drugged and sexually assaulted her.

Cosby’s wife Camille always stood by him, insisting he was innocent.

In her most recent interview, after the state Supreme Court agreed to hear his appeal, she said: ‘My first reaction is hopefulness, possibilities. The state’s highest court … has said, ‘Wait a minute.

‘There are some problems here. They can be considered for an appeal.” I’m very, very pleased.’

His accusers said they were ‘shocked’ and ‘disgusted’ by the decision.

Andrea Constand, who he was convicted of assaulting, has not yet reacted to the news.

Lisa Bloom, who represents three of his victims, tweeted that they were ‘disgusted’ by the decision which amounts to a legal technicality rather than him being innocent.

‘I’m absolutely in shock…My stomach is lurching and I am deeply distressed about the injustice of the whole thing,’ Victoria Valentino said.