A bill seeking to amend the 1999 constitution to allow states to determine minimum wage has scaled second reading in the House of Representatives.

The House on Tuesday debated the bill and passed it for second reading amidst opposition.

The sponsor of the bill, Datti Garba, from Kaduna State, said the bill is part of the devolution of powers, which allows states to determine minimum wage based on capacity.

Item 34 on the exclusive legislative list places “labour, including trade unions, industrial relations; conditions, safety and welfare of labour; industrial disputes; prescribing a national minimum wage for the Federation or any part thereof; and industrial arbitration” on the federal government.

In 2019, President Muhammadu Buhari signed the National Minimum Wage of N30,000 into law, following the passage of the bill by the National Assembly.

The federal parliament passed the minimum wage bill on March 19, 2019 and it was transmitted to Mr Buhari on April 2. He signed this on April 18, 2019.

However, the implementation of the law by state governments has been difficult. 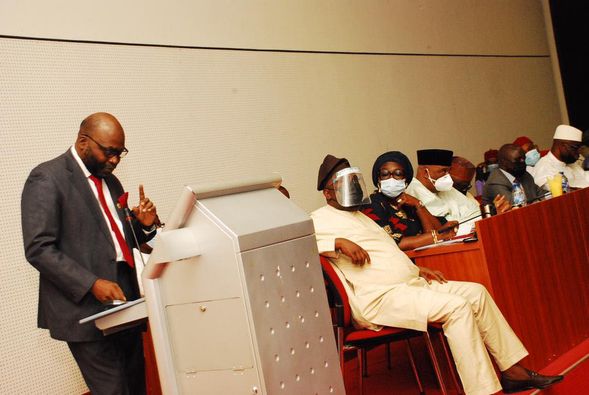